King Midas lived in the palace with full of roses and treasures, but he was still not satisfied. He traced wholeheartedly for more and more gold and treasures, and one day, he was granted a chance to pray the god for fulfilling one of his dreams. So he prayed for being granted the power to transmute whatever he touched into gold, and the god did grant him the power – Magic of Golden Touch.

After his dream came true, King Midas treated his friends and family for banquet, in an attempted to show off the magic. However, all the food he touched was turned into gold, and when her dearest little daughter came running into his arms, she was turned into a golden statue. King Midas was filled with grief and regret, so he begged the god to take away the horrible golden gift. With the guide of the god, King Midas arrived at a riverside and put his hands into the river. Instantly the power was washed off, all the golds he transmuted were recovered to normal and, since then the river was filled with deposits of gold, bringing hopes to the people nearby.

Life is a metamorphosis. We wish that all the women in the world can realize the inauthenticity of golden nightmare, wake up from it and undergo a process of metamorphosis towards real “golden touch” – a pair of hands which can be help in bringing friends, families and oneself to happiness. 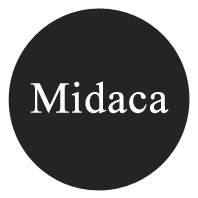